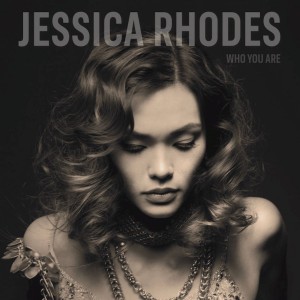 “Who You Are”, the addictive debut single from singer and pianist Jessica Rhodes showcases her unique blend of soul and pop which has already seen her billed alongside the likes of Florence And The Machine, Maroon 5 and Iggy Azelia.

Now the stunning singer from Stratford-upon-Avon is set to wow audiences with her powerful vocals and grove-laden lashes of pop from the most colossal of platforms at the Genting Arena, Forum Live Stage, playing ahead of the globe conquering, Jeff Lynne’s ELO.

The effortlessly slick debut announces the arrival of Jessica Rhodes as a future sensation with the remarkably powerful and satisfyingly honest soul-pop anthem, “Who You Are”, released Monday 11th April.

“We wanted to give the listener that ‘Live Lounge’ experience, as if the band was playing right in front of you when you listen to the single”

Combining modern pop influences such as Jess Glynne and Emeli Sande with classic artists such as Tracey Chapman and Fleetwood Mac, it’s no wonder that Rhodes has caught the attention of the music world with exclusive live sessions and multiple plays with BBC Introducing.

“Rhodes has a singular gift at making organic music that really engages you.”
www.rough-online.com

WATCH THE VIDEO FOR “Who You Are” HERE

Jessica’s captivating vocals and infectious choruses will be turning heads this March playing ahead of Jeff Lynne’s ELO at the Genting Arena Forum Live Stage and in May with Blair Dunlop and Mishka Shubaly: