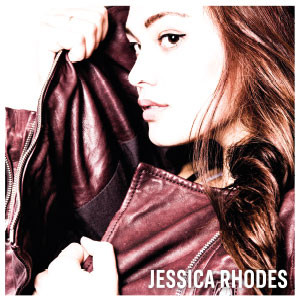 Emerging artist Jessica Rhodes has been invited to open for Maroon 5 at the Genting Arena (formerly LG Forum) on 31st May, as part of a spring tour promoting her debut EP. The tour is set to kick off at Camden’s legendary venue, Dublin Castle on 23rd April, followed by performances across London and the Midlands.

Inspired by artists such as Tracy Chapman, Fleetwood Mac and Joss Stone, Jessica’s self-titled debut EP is a concoction of soul infused folk-pop with soaring vocal melodies and soulful grooves. The three track EP was physically and digitally released on 30th March.

The tracks were recorded with producer Matt Butler (Mick Jagger, Paul McCartney, Luther Vandross), who kept their music as raw and authentic as possible, during sessions at Rockfield Studios, Monmouth and A.I.R Studios London.

It was really inspiring to record in such amazing spaces. It was only the day before we arrived in A.I.R that Stevie Wonder was in there recording! – Jessica

The debut three track EP has already received airplay on BBC C&W and BBC WM as well as international Digital Radio sites and is available to buy at all major online distributors.